I am one of the anchors on ITV's breakfast show Good Morning Britain, having joined the show when it launched in 2014. We're on-air every weekday morning from 6-9am, which means I have the early alarm call of 2.45am! I also have my own show on Classic FM every Sunday from 7-9pm. My classical music album 'Mindful Moments' was Number 1 in the Classical Compilation Albums Chart for 10 weeks, and I host the classical music podcast 'Last, Past and Blast'. I present on ITV Racing, covering lifestyle and fashion at major race meetings. I have also appeared on Celebrity Juice, Britain's Got More Talent, The Chase, Pointless and Tipping Point, plus many more. I was one of the contestants on Strictly Come Dancing 2017.

Before joining ITV I worked at Sky News for seven years on Sunrise with Eamonn Holmes. I also hosted my own daily show of breaking news and interviews. I anchored Sunrise live at the Olympics, and have presented coverage at several royal events including the Diamond Jubilee and both recent Royal Weddings. I also hosted Sky News's BAFTA's show and presented live from LA on the Oscars red carpet.

I've interviewed not only a number of prominent politicians over the years, but also celebrities such as Oprah Winfrey, Sir Elton John, David Beckham and Sir Paul McCartney. I made guest appearances as a news presenter in the film 'Burnt' with Bradley Cooper, and also for both Diversity and The Wanted on their tours.

Every year I host cinema broadcasts of Andre Rieu concerts which are shown in hundreds of theatres across Europe, and I presented an in-depth documentary for Sky Arts called 'Andre Rieu: Behind the Music'.

I studied English Language and Literature at Manchester University and then completed a postgraduate diploma in Broadcast Journalism. I worked at ITN Radio before joining ITV Meridian as a producer and reporter. I co-presented the main regional show for four years and during that time also co-hosted the current affairs discussion series The Big Story.

I love travel, and my articles have been published in The Mail on Sunday, The Daily Telegraph, The Independent and Conde Nast Traveller Magazine.

I support several charities and am a Patron of Motor Neurone Disease Association after my father died from the disease in January 2015. I am also Patron of Ellenor Hospice, and an Ambassador for Cancer Research UK Kids and Teens. I have a rescue dog called Bailey and am a supporter of the Dogs Trust. 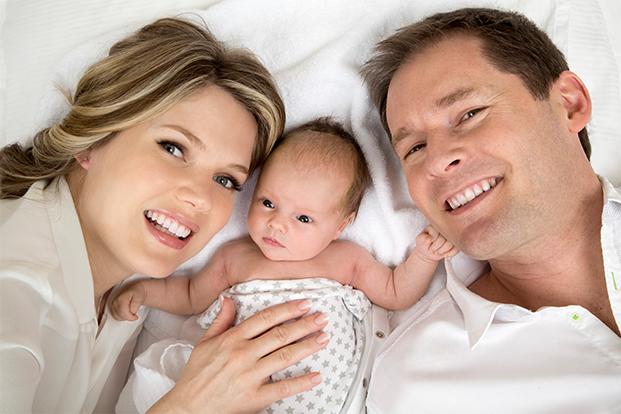 My husband Mark & I welcomed a new addition to the family in February 2015, our baby Ella Rose.

Social
SO glad to say I’ve finished my #RuntheMonth challenge for @ProstateUK! I’m not a runner but in memory of the wonde… https://t.co/AkTgIB80zh